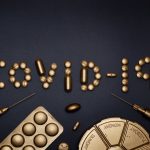 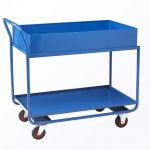 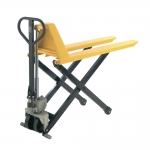 The Worst Excuses Employees Have Given When Ringing in Sick

We all know the feeling. Monday rolls around all too quickly and the alarm goes off. You consider putting on your best ‘sick’ voice and telling your boss you’re just far too ill to venture in today. But then the guilt hits-for some people anyway.

A previous study of 1000 employees and managers by a mutual healthcare provider asked them about the worst excuses for being off sick that they had either used or been told. These are their answers…

“I am stuck in my house because the door’s broken”

“My new girlfriend bit me in a delicate place”

“A can of baked beans landed on my big toe”

“I’ve been bitten by an insect”

“My mum has died” Note: this was the second time the person used this excuse!

“The dog ate my shoes”

“My fish is sick”

“My toe is trapped in the bath tap”

“My trousers split on the way to work”

“I’ve had a hair dye disaster”

“I’ve got a sore finger”

Whether these made you laugh out loud or you see an excuse you’ve made yourself, you need to beware if you’re considering using a lame excuse to get out of work. Apparently, one in three bosses check someone’s social media accounts when they call in sick, so if you’re supposed to have food poisoning, don’t post your selfie from centre court at Wimbledon!

Bosses will also be suspicious if you suddenly come down with an ailment on a warm, sunny day or if you seemed full of beans the day before.

When it comes to ringing in sick, the study found that reasons like stomach bugs and viruses are more likely to be believed, while excuses like a bad back or pulled muscle don’t tend to wash.

While most people dread ringing in sick, they aren’t averse to it, and according to the study, workers admitted that they could have made it into work on more than a fifth of the sick days they have taken.

However, on a serious note, sickness is not always about people having a skive. Around three in ten employees have had to take time off sick because of stress or overwork.