A busy mailroom in any office, hospital, or public building needs a safe and efficient way of moving large amounts of important mail and packages around, and what better way than a mail trolley?

People expect their mail to be delivered on time, and the people delivering it need to be able to do their job as safely and effectively as possible.

Royal mail use trolleys in their sorting offices, and they come in handy, due to the sheer volume of letters, parcels, and packages that they have to deal with.

As well as being used in mailrooms and services, trolleys might also be used in hospitals to deliver patient records and case notes. 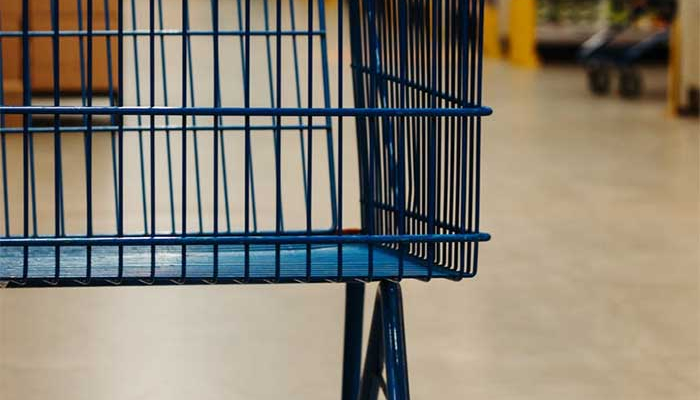 Qualities of a good mail trolley

A mail trolley has to handle a large volume of items from letters to boxes. Here are the qualities a good trolley should have: 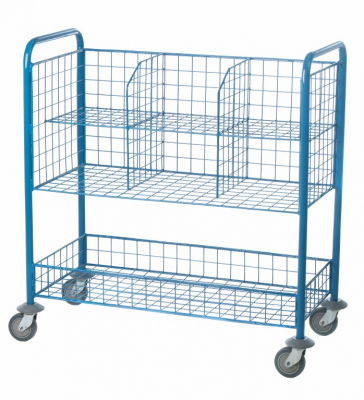 Postmen and women deliver to properties on a certain route, sometimes more than once per day. This certainly keeps them fit, but there is an increased risk of injury for postal workers too.

The large bags that postal workers carry can be very heavy, and over time, this can lead to back, neck, and shoulder injuries. Royal Mail are increasingly implementing the use of trolleys to reduce the incidences of injury that occur in their workers.

A court case for Royal Mail

Royal Mail had to pay compensation to a postman who got a shoulder injury because the bag he was carrying was too heavy.

The case is expected to form a precedent for other workers, after it was revealed that 1 in 5 injuries and accidents that postal workers suffer at work are due to lifting.

The man, who was a postman for 10 years, suffered from neck and shoulder pain, and had to have 2 operations. The damage is so severe that he is now on permanent sick leave and has been told he can expect never to work again.

It was revealed that he lifted a bag which was heavier than 35lbs in weight, and that he had not been informed that he should not lift anything heavier than 16kg.

Royal Mail were ordered to pay compensation, as they were operating an ‘unsafe system of work’.

Royal Mail said that lifting accidents represented about 20 per cent of the accidents that their workers suffer in the course of their jobs. They maintain that all new recruits are given manual handling training and that they are all told about the 35lb weight limit.